In the fashion of my two previous Dr. Seuss style stories I thought I’d take a crack at Cisco Application Centric Infrastructure (ACI.)  Check out the previous two if you haven’t read them and have time to waste:

The App on the Crap (An SDN Story) http://www.definethecloud.net/the-app-on-the-crap-an-sdn-story/

This is the time.

The network is changing!

The future is here!

You can steer traffic

any direction you choose.

Packets are moving. They’ll flow where they flow.

And YOU are the gal who’ll decide where they’ll go.

You’ll look up and down paths.  Look ‘em over with care.

About some you’ll say, “No VOIP will go there.”

With an overlay net, and central control,

No packet will flow, down a not-so-good path.

And when packets travel

based on 5-tuple match.

with net as central

And when things start to happen,

All layers old, and the new.

You’ll be on your way up!

You’ll be the rock star

The network won’t lag, because of central control.

The packets will fly, you’ll be best of the best.

Wherever they fly, be faster than the rest. 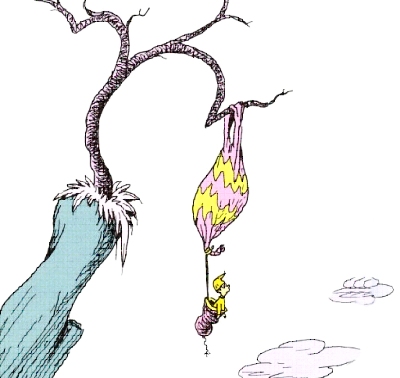 Except when they don’t.

Because sometimes they won’t.

I’m sorry to say so

will happen to you.

You can get all hung up

Some will just flitter.

And the chances are, then,

And when applications fail,

you’re not in for much fun.

Getting them back up

is not easily done.

You’ll have to troubleshoot through disparate tools.

Find a way to translate from app language to net.

There are services too, that’s a safe bet.

Which route did it take, and which networks the problem?

Overlay, underlay, this network has goblins.

Check with the software, than break out the splitter.

You’ll sort this out, you’re no kind of quitter!

It can get so confused

The process is slow, not what you want for a pace.

You must sort it out, this is business, a race.

What happened here, what’s going on in this place?

That’s not for you!

Those duct tape based fixes.

Look first at the problem,

What is it that net, is trying to do?

The app is the answer, in front of you.

The data center’s there to run applications!

To serve them to users, move data ‘cross nations.

To push out new services, all at full throttle.

The application’s what matters.

Place it on a platter.

You’ll put the app into focus,

With some abstraction hocus-pocus.

You’ll use the language of apps.

Not with the app is VM trend.

Whether virtual or physical, you’ll treat things the same.

use of uniform policy, will be your new game.

Well on your way to networking heaven.

Start with a logical model, a connectivity graph.

One that the system, deploys on your behalf.

Sure to receive security’s cheering endorsement.

no longer will networking be the app-deploy doormat.

You see to build networks for today and tomorrow,

Anything else, just adds to perplexity.

Start at the top, in an app centric fashion.

on a system that knows to treat apps as its passion.

And will you succeed?

Yes! you will, indeed!

be your app virtual, physical or cloud

with services, simple, complex or astray,

you’re off to Great Places!

Today is your day!

*This is intended as whimsical nonsense.  Any guarantees are null and void based on the complete insanity of the author.

**Disclaimer: I work for Cisco Systems with the group responsible for Nexus 9000 and ACI.  Please feel free to consider this post random vendor rhetoric.**